Brandy Perry September 29, 2022 Jazz Workshop Comments Off on Get ready for a big season of music, art, fashion and film at SBDAC 8 Views

jazz: award-winning Australian poet and artist Jazz Money on inclusion and why everyone deserves to be heard

“Art is key,” announces the Sidney & Bern Davis Art Center as it opens its 16th season with an array of 2022-23 events. On the calendar are award-winning artists and performers from around the world and special events. The center is located at 2301 First St. in the historic downtown Fort Myers River District.

Much of the programming relies on welcoming and integrating local, regional and national artists and has been key to the growth of an award-winning downtown. The arts bring people out, connect them and help them feel good about who they are and where they live.

The center offers several impressive concerts. The fast-selling Jazzy Nights series will feature the Lew Del Gatto Quartet on February 10, bringing together a formidable group of musicians for an evening of upbeat acoustic jazz music. Gunhild Carling, a Swedish jazz star who plays several instruments sometimes at the same time, sings and tap dances, performs on February 24. New York-based, Australian-born Adrian Cunningham is an award-winning multi-instrumentalist, composer and vocalist. to be released on March 11. 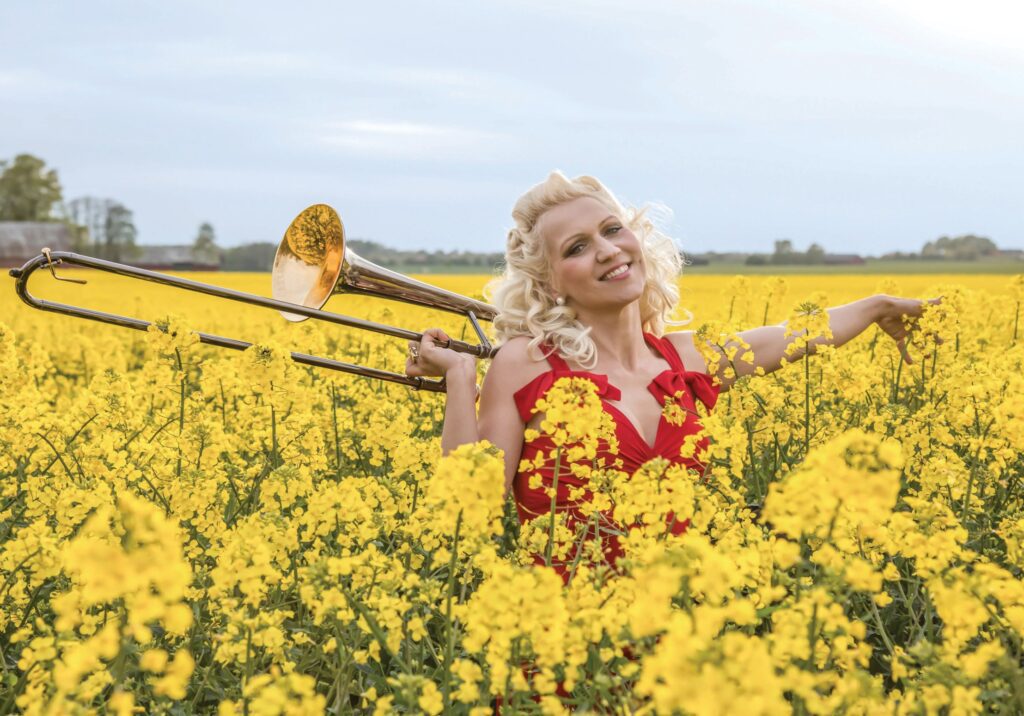 The memorable American Virtuosi fundraising dinner at the Luminary returns February 23. Directed by Jim Griffith, it highlights some of the genre’s most celebrated musicians coming to Fort Myers from across the country and reappears February 25 with a different repertoire in the Grand Atrium Center. Two New York-based young violin prodigies, Fiona & Hina Khuong-Huu, along with internationally acclaimed pianist Rohan De Silva, are taking the world by storm and are now coming to Fort Myers on March 23rd. The Ehnes String Quartet dazzles on April 27. The quartet’s highly refined, sensitive and expressive performances have delighted audiences and critics across North America, Europe and Asia. 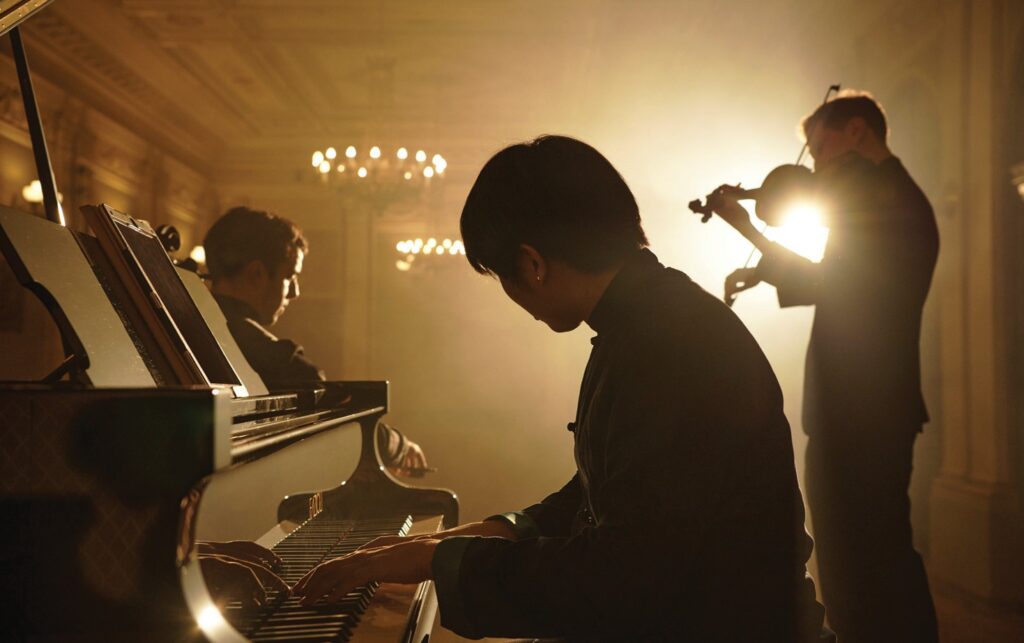 Trio Zimbalist will perform as part of the Chamber Music Series.

The audience-favorite Bluegrass series returns for another inspiring lineup, including the David Mayfield Parade on January 20. John McEuen & the Circle Band presents “Will the Circle Be Unbroken”. McEuen, founding member of the Nitty Gritty Dirt Band, brings his guitar, banjo, fiddle and mandolin to the stage, promising a wonderful evening of songs and stories on February 4. 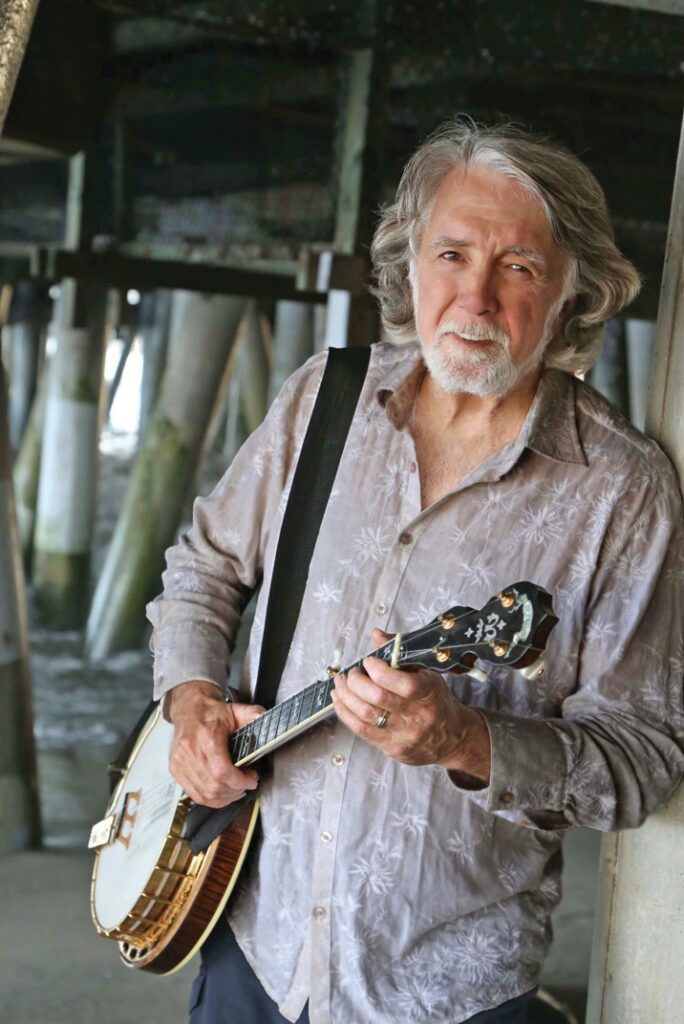 The Vinyl Vibes series enhances the live experience by featuring tribute bands from many top-selling artists. George Michael Reborn is the ultimate concert escape, featuring Robert Bartko out of lip sync, dancing on the spot and wearing ripped jeans on January 27. Liverpool’s Mersey Beatles take to the stage on February 16, marking the Fab Four’s debut at the Cavern Club in Liverpool, England. Or catch up with the band the following evening, February 17, when they recreate the famous Apple Music Rooftop Concert and pay homage to later Beatles works at the Rooftop Sculpture Garden in Sydney.

Forever Fleetwood Canada takes the stage on March 10, followed by a performance of music by Roy Orbison intertwined with celebrity narration and a stunning HD presentation, including historical footage and film clips from the Vernon Kelton Band on March 24 march.

The center also offers new culinary discoveries during its Key Ingredient Dinners. Maverick chef Zach Geerson will innovate in haute cuisine. Chef Zach is an acclaimed rising star for his exceptional attention to detail and his magical culinary paradise of innovative ideas. A limited number of seats are available for each Stellar Menu on November 18, January 13, February 10, March 10 and April 28. 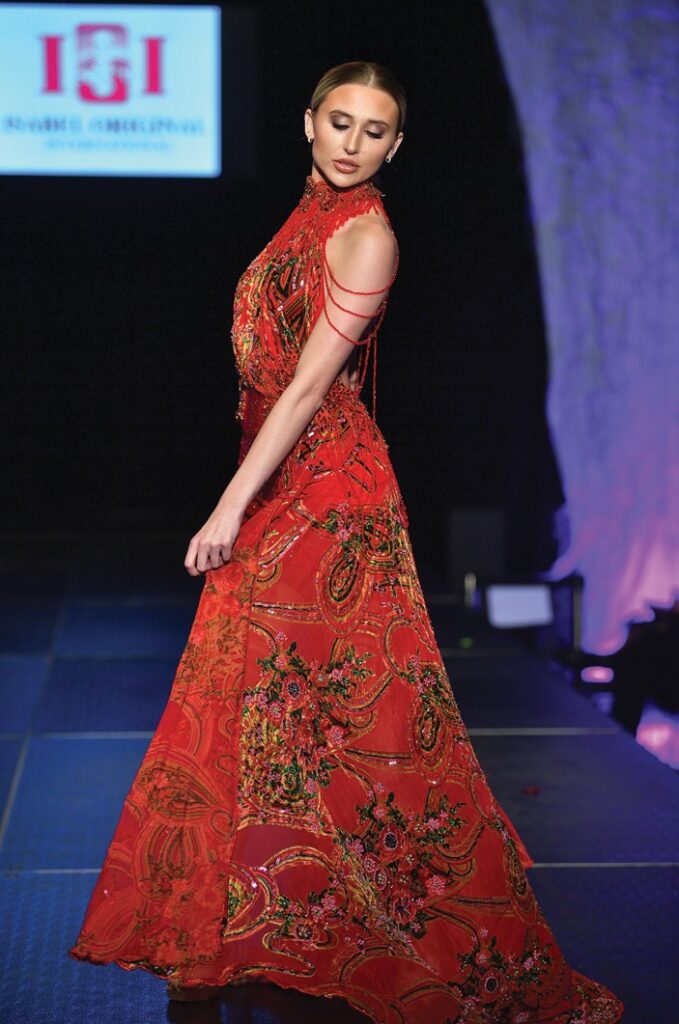 The 11th annual Art Walks the Runway will bring local and international fashion designers to Fort Myers on March 31 and April 1.

Special events include the Fort Myers Film Festival, Southwest Florida’s most notable independent film showcase, which meets every first Monday from September through March with TGIM and host Eric Raddatz, culminating in the Fort Myers Film Festival May 17-21. Come enjoy Wicked Walk (October 20) and Ghoulish Gala (October 21), an immersive art experience and live auction fundraiser to benefit the arts in Lee County Public Schools. These celebrate the arts of Lee County and the achievements of student artists with a spooky twist.

From Nov. 30 to Dec. 30 4, enjoy the annual Tree Festival, one of Southwest Florida’s most sensational holiday traditions, including Santa’s Day on December 3.

The 11th annual Art Walks the Runway will bring local and international fashion designers to Fort Myers on March 31 and April 1. Additionally, the Art & Poetry Networking Event provides local talent with a platform to share their creations. Own the Platform takes to the roof every other Wednesday and features local musicians with new monthly guests. Join a walk-in yoga class, enroll in an art or salsa dance workshop, or register students at Junior Cotillion or Davis School of Music, offering lessons in piano, violin, voice, and band student rock band Song Star at Six-Fingers Studios.

Ten Golden Keys are available for the 2022-23 Art Is Key season. $10,000 gives keyholders two tickets with premium seating to every SBDAC-produced event for the 2022-23 season, including all center-produced events, fundraisers, dinners, conferences and conferences. performances, as well as keyholders will receive a fine jewelry key pendant. Partnership and training offers are not included.

Discover all this and more at the Sidney & Berne Davis Art Center. Two galleries with new exhibits every month, plus live music, DJs, and interactive events like charcuterie, wine, and painting classes, karaoke, Latin nights, and salsa classes at the top Sidney’s Rooftop Sculpture Garden make SBDAC’s 16th season the place to be. Details and times are provided in the new season brochures at the ticket office as well as various locations in the city centre. For more information, visit www.sbdac.com or call 239-333-1933. ¦