After applying on a whim to open for Flo Rida at this year’s Homecoming concert, junior Carlo Redl almost forgot he had applied. That is, until he receives an e-mail informing him that he has been selected.

“I didn’t even think I would get it,” Redl said.

Redl is a student at the Frost School of Music, majoring in the music business and entertainment industries with minors in jazz and marketing. Some might recognize him from ‘Canes Carnival last spring, where he sang a duet with fellow Frost musician Chad Nelson. Now he’s opening for one of music’s biggest names with his own set.

“I can play well thanks to them,” Redl said. “When I start a song, they know exactly what to do. They’re the only people I can do this with.

Teasing his setlist for the gig, attendees can expect to hear “Talking” and “Luv” from his recently released EP, a cover of The Weeknd’s “The Hills” and a song he plans to compose entirely on square.

“We plan to pass the mic to someone in the audience [to] maybe give us a deal to go on,” Redl said. “If the vibes are good, it always goes well.”

Although it sounds like the words of a seasoned performer, Redl hadn’t performed a live show until last summer. Since then he has played venues like the Anderson in Miami, Industry City Courtyard ½ in Brooklyn, New York and soon he will be playing at the Watsco Center.

Before coming to Miami, the singer-songwriter had a unique upbringing. Born in Japan, Redl lived there until he was 10, then moved to Singapore for three years, returned to Japan for a year, did his first two years of high school in California, and eventually returned. to graduate from the American School of Japan.

“When I came back to Tokyo, I met my first songwriter friend and he was also a singer,” Redl said. “Just seeing this inspired me to start singing and writing songs. I started doing it almost every day and then I started writing songs for different record companies.

With a father who was also a guitarist, Redl has been a musician since a young age, starting with classical lessons he had to attend weekly.

“If you put sheet music in front of a 4-year-old, it doesn’t really make sense,” Redl said. “I didn’t like playing guitar until I got to California, where I discovered blues, funk, R&B, that kind of stuff.”

The junior year was a pivotal time in his life for another reason. Redl had intended to attend his Japanese high school’s graduation ceremony in time that year, but showed up at the wrong place. Few would have guessed that this confusion would lead him to UM.

“There was one of the student’s mothers who also showed up at the wrong place and she was like ‘oh, are you going to school too? I’ll just drive you to the place,” Redl said. “And she explained that her son played guitar at Frost School of Music. I was like, ‘Frost? It looks silly. She started explaining it to me and showed me pictures of the lake, and I was like, ‘Oh, I have to come here.’ »

So far, Redl’s time at UM has allowed him to grow as a musician.

“I would say jazz is the hardest genre to understand and play,” Redl said. “It’s really just having exposure to top musicians around me that has allowed me to improve. Working with American songwriters has given me a whole new perspective.

Besides developing his musical skills, being at Frost was also a humbling experience for Redl.

“I considered myself in high school to be extremely selfish[al] because I was good at guitar,” Redl said. “A lot of people gave me too much credit. No one told me until I got here [to] work harder… I learned that it is very important to have a good balance between self-criticism and self-praise.

As a freshman at UM, Redl started making music in the dorms before taking a year off at the height of the pandemic.

“This gap year is when I took the time to really reflect [about] what I really wanted to do and that’s when I got signed to my label MNNF [RCRDS]”, Redl said. “Then they spent a year developing me as an artist and connecting me with a publishing company called Pulse Music Group, a sync company, stuff like that.

Redl said his label wanted him to always be seen with a guitar, whether in photo shoots or on stage.

“I’m very nervous on stage until you put a guitar in my hands,” Redl said. “As soon as I have a guitar, I feel very comfortable.”

In describing his sound, Redl touched on the idea of ​​eclecticism.

“All of your ideas are derived from some human or natural element of the past, so the music I write is like a microcosm of a scientist discovering something new,” Redl said. “They do it because people in the past laid the groundwork for it. In the same way, the music that I write is due to the fact that I listened to Frank Ocean, Lucky Daye, Led Zeppelin, Miles Davis. It’s very eclectic.

Keeping with the theme of eclecticism, Redl wants to start incorporating genres like jazz, funk, blues and rock into the modern pop industry. However, he hopes to get a visa in the near future, live in Los Angeles or New York, and become a credible artist with worldwide distribution.

“I want to live in Japan in the future, that’s for sure, but it wouldn’t be sustainable as a musician – or at least, on my soul,” Redl said.

Likewise, Redl has big aspirations when it comes to leaving his mark on the music industry.

“A lot of songs are about materialism and ‘money is the best thing’, demeaning and objectifying women, [saying] ‘drugs and alcohol are cool’… I just think it’s a bad influence on people on a large scale,” Redl said. “It’s a selfish thing for me to say ‘I want to change this’ because I’m just one person, but I really strongly believe music could be better and more positive.” 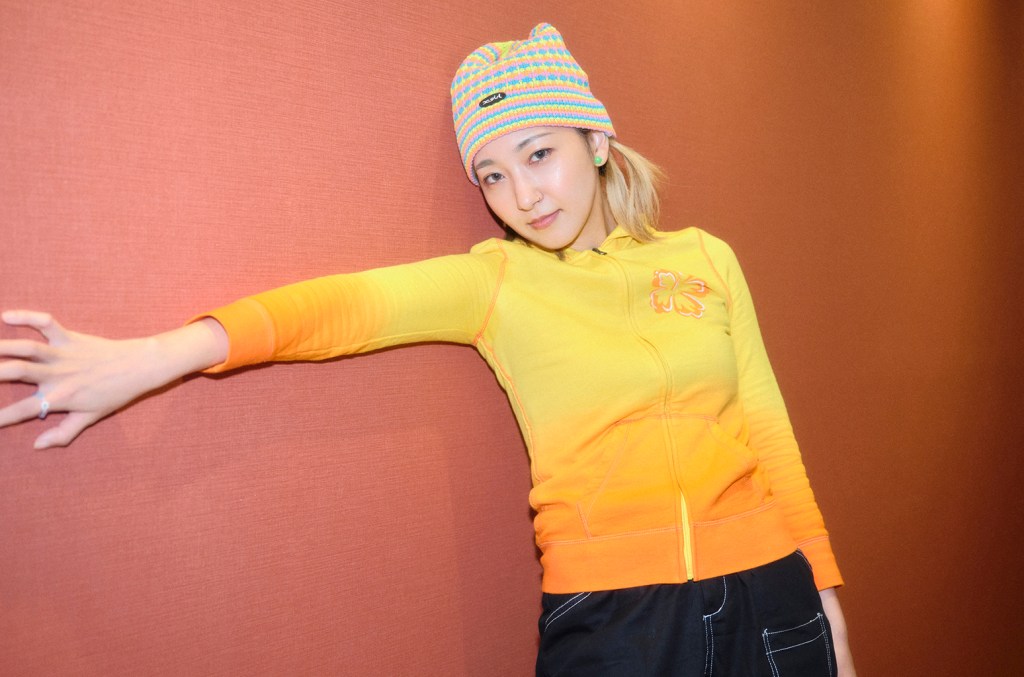