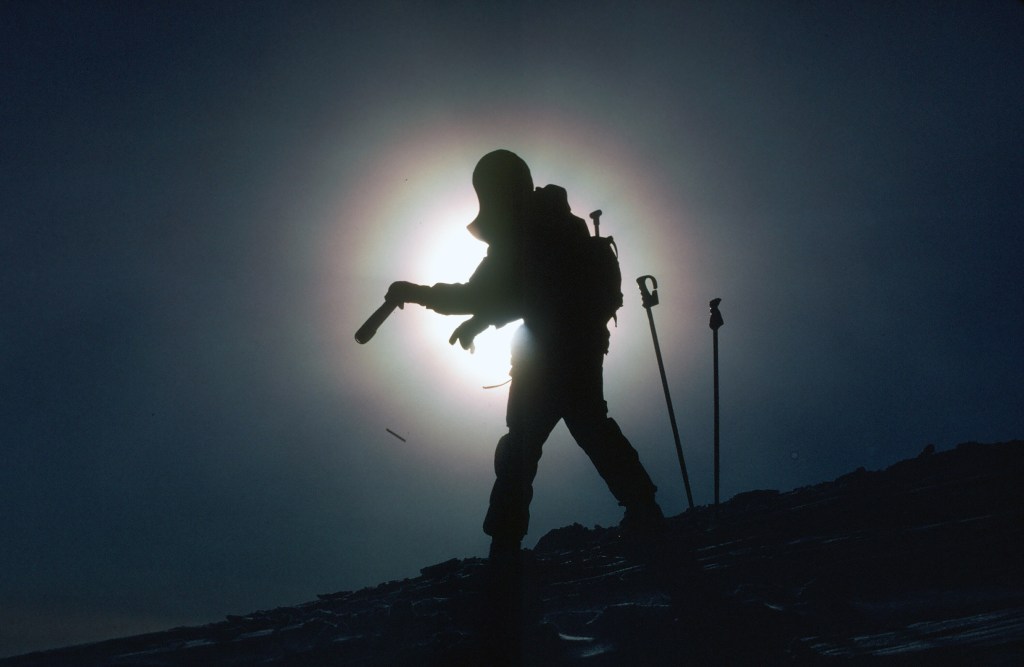 Here’s a look at the arts events happening across the state, until June 9.

• The state’s largest museum, the Newark Museum of Art, reopens June 3, with scheduled tours required. Among the exhibits is’ Wolfgang Gil: Sonic Geometries’, described on the museum’s website as a ‘multisensory experience of space, form and sound (which) presents sound sculptures by Wolfgang Gil in the context of the abstract art from the museum’s collection. . “

Additionally, the New Jersey Symphony Orchestra’s “Arts in the Garden” series in the museum’s Alice Ransom Dreyfuss Memorial Garden begins on June 9 at 7:00 p.m., with a concert titled “Arts in the Garden: Togetherness with DBR”. Organized by ONJ resident artistic catalyst Daniel Bernard Roumain and featuring eight ONJ musicians, the concert will present the premiere of “Can You See? », A work commissioned by composer Allison-Loggins Hull, as well as works by Romanian, Bach, Mozart, Paquito D’Rivera and others.

Proof of vaccination is required for all museum visitors and concert attendees.

• A new exhibition, “The social fabric: black art in the fiber arts, an exhibition in tribute to Viki Craig”, opens at the Morris Museum in Morris Township on June 4 and ends October 24. It showcases 50 works by over 20 artists (including Craig) and is the result of a new partnership between the museum and the Morristown-based Art in the Atrium Organization; according to the museum’s website, the partnership is “dedicated to showcasing the diversity of black art.” Craig is the co-founder and quilter of ATA who passed away in 2018.

• The Black Potatoe Music Festival was last presented in 2019. But it will, in a way, live up to the 10th (and final) annual edition of the Groove in the Grove Indie Music Festival at Vasa Park in Budd Lake, which will be held June 6 from noon to 7 p.m. Black Potatoe’s traditional headliner, the Matt Angus Thing, will be headlining, and the rest of the lineup is packed with Black Potatoe regulars.

• Postponed to 2020, the Atlantic City Beer and Music Festival returns to a new outdoor location, Bader Field, June 4-5. Musical acts for all three sessions include Knuckle Puck, The Early November and Pronom, June 4 at 8 p.m. Less Than Jake, The Suicide Machines and Concrete Castles, June 5 at noon; and Face to Face, Forgivers and Tie Goes to the Runner, June 5 at 6 p.m. More than 100 breweries will participate, and other attractions include a chicken wing tasting contest and a laser tag.

• The Paper Mill Playhouse in Millburn has created its exterior Brookside Cabaret series last summer in response to the pandemic, and will resume programming this week, starting with Susan Speidel and Joe Regan, June 9-10 at 7:30 p.m. (seats start at 5:30 p.m.). The series features music – in some cases by singer-actors who have appeared at Paper Mill and / or Broadway – for patrons who sit at tables, with food available at the FM Kirby Carriage House restaurant. of the Paper Mill.

• Naughty Humphrey, the Katie Henry group and Bombed opera house will perform at a Food Truck Festival at Donaldson Farms in Hackettstown on June 5 from noon to 8 p.m. Donaldson Farms will also be presenting concerts on Friday nights throughout the summer, starting June 18 with The Bob Lanza group.

For a full schedule, visit donaldsonfarms.net.

• a trendy café and tea room, the Montclair venue which often features live music and exhibits works by local artists along its paths, has been severely affected by the pandemic. A GoFundMe campaign has been launched and Montclair’s Crane Park will be the site of a fundraiser and club tribute on June 5 from 2 p.m. to 6 p.m., with host Meg Patrick and performers including Rick Winow, Jonny & the Lounge Wizards, Chris Bolger & Friends, High Mileage, The Yardbird Chasers, Jeff Hays & the Whole Shebang, Rostafa & Co., and the Michael Reitman Band.

For the full schedule, visit djangoagogo.com.

• The free Sunset Jazz series at Wiggins Park on the Camden Waterfront begins June 7 at 7 p.m., with the singer Jazzmeia horn.

For the full schedule, visit camdencounty.com.

The “Coup” dance is part of “Loneland”.

• Women-centric dance company The Moving Architects to broadcast “Loneland” On June 3 at 7:30 pm, “Loneland” features dances performed in site-specific locations, as well as the company’s dance work translated to screen and behind-the-scenes footage. According to a press release, the film “emerges from a year of isolation with studios and dance halls closed, with each dancer emerging to share their powerful voice.”

• Montclair Vanguard Theater to Celebrate Opening with Screenings of Jason Robert Brown’s Film “Songs for a New World” June 4 to 5 at 8 p.m. and June 6 at 2 p.m. Screenings from June 4 to 5 will also include opening ceremonies, refreshments and discussions with members of the film’s creation and distribution team. .

To see what’s going on at the theater, visit vanguardtheatercompany.org.

• The 12th edition of Long Beach Island Phare International Film Festival, last year featured a combination of drive-in and online events, and the 13th edition, scheduled for June 3-6, is switching to a different combination, with both drive-ins and indoor environments for its screenings, round tables and workshops.

• “Who the F… Is Roger Rossmeisl”, available in streaming on June 5 as part of the summer edition (online only) of New Jersey International Film Festival 2021, is a documentary exploring the life of a little-known luthier who played a big part in the huge explosion in popularity of the electric guitar that took place in the 1950s and 1960s, as well as a look at why guitar making is important to musicians.

Check out my review here. And for more information on this film and the other streams offered by the festival, which runs from June 4 to 13, the festival offers, visit njfilmfest.com.

• the Garden State Comic Festival, which bills itself as “New Jersey’s premier comedy event,” returns to a new location, The Mills at Jersey Gardens Mall Elizabeth, June 4-6, with dozens of vendors, artist appearances and comic book actors, and more.

Since its launch in September 2014, NJArts.net, a 501 (c) (3) organization, has grown into one of the most important media in the Garden State art scene. And it has always offered its content with no subscription fees or paid walls. Its continued existence depends on the support of members of this scene and art lovers in the state. Please consider making a contribution of $ 20, or any other amount, to NJArts.net through PayPal, or by sending a check made out to NJArts.net at 11 Skytop Terrace, Montclair, NJ 07043.

Today, the Cleveland Institute of Music announced the recipients of the 2021 Future of Music …